Charles Tilston Bright (1832 – 1888) was a British engineer who superintended the laying of the first transatlantic underwater telegraph cable.

After several failed attempts Bright successfully accomplished what to many had seemed an impossible feat – completing the first Atlantic cable from Trinity Bay, Newfoundland, to Valentia Island, Ireland, on 5 August 1858. He supervised the laying of hundreds of miles of underground telegraph cables throughout the British Isles including the first cable under the sea between Scotland and Ireland. The first use of the telegraph in war had been made during the Crimean War (1854 – 1856) when an underwater cable joined Balaclava in Crimea with Varna in Bulgaria and from there an overland system ran to Paris and then under the English Channel to London.

In Crimea a team of 26 Royal Engineer Sappers linked a series of telegraph offices with copper cable insulated with gutta-percha, a plant extract similar to rubber. It was decided to lay the cable from Cape Kaliakria thirty miles north of Varna to Monastery Bay at Crimea.

The confounded telegraph has ruined everything

The laying of this first ever underwater cable to be used in war was completed in April 1855. The connection at the mainland end was meant to be by a line of overhead wire from Kaliakria to Varna but there was enough cable left for a submarine circuit instead. The Crimean cable relayed its first message from Balaklava to London on April 28, 1855. The cable consisted mainly of one No. 16 copper wire insulated with gutta-percha a little less thick than the core of the 1858 Atlantic cable and wholly unprotected. The shore ends had an iron sheathing extending to a distance of 10 miles from the Varna shore and of 6 miles from the Crimean coast. Its insulation was near perfect and it remained in that condition despite the many violent storms to which it was exposed in the Black Sea. Unfortunately during a storm of more than usual severity the cable was broken on the 5th December 1855.

When the system was working politicians were enabled to interfere with all manner of military tasks. General Sir James Simpson the Commander-in-Chief received so many administrative enquiries from London that he declared “the confounded telegraph has ruined everything”.

Charles Tilston Bright’s son, also Charles Bright (1863-1937), followed in his father’s footsteps. In addition to cable engineering he was a pioneer in the use of radio as a communication device on both ships and planes. 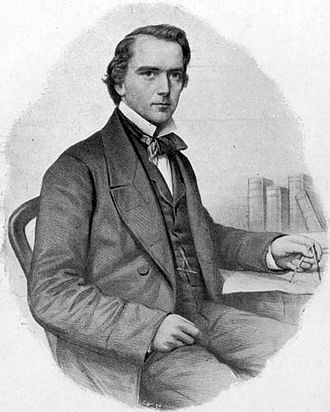 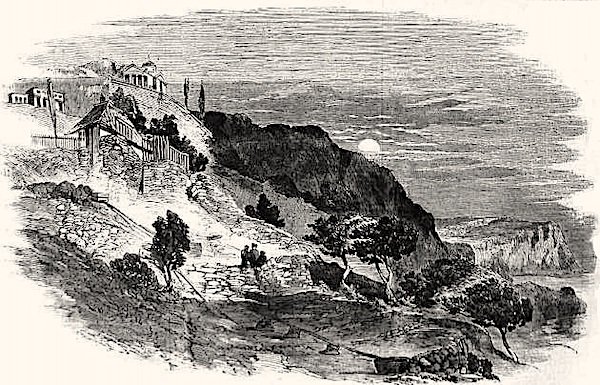