On this day in 1939 a young Royal Signals Second Lieutenant arrived at the gates of the Prestatyn Holiday Camp in North Wales to be met by holidaymakers enjoying a late summer break. He told them to pack their bags and return home. The Camp was to be taken over by the Royal Signals to provide accommodation for No 2 Signal Training Centre.

Earlier in the day the Prime Minister, Neville Chamberlain had made a radio broadcast to the nation telling them that for the second time in the 20th century the country was at war with Germany. The King was due to make a radio broadcast at 6pm.

In the months before the outbreak of war and during the war itself the training capability of the Royal Signals expanded rapidly to provide much needed training facilities for a Corps which by 1945 numbered over 150,000 all ranks. Training continued to be centred around Catterick which had been home to the Corps since 1925 and which was now designated No 1 Signal Training Centre. By the end of hostilities it consisted of the School of Signals, two Officer Cadet Training Units (OCTU’s) and various training regiments mostly scattered around the North of England. At the height of activity a third Signal Training Centre was briefly formed at Whitby. By 1943 virtually all Signals training had returned to Catterick with the closure of the Prestatyn facility the same year.

What happened to the Prestatyn Holiday Camp?

It had only been opened in 1939 as a joint venture between Thomas Cook and the LMS Railway Company to attract visitors to the area. The aim was to provide an alternative and more upmarket experience to that already on offer elsewhere by Billy Butlin. It reopened after the war as a holiday camp in the early 1950’s. In 1975 it was sold to Pontins who operated it until it finally closed in 1984 after falling victim to the growing foreign package holidays – which decimated the staycation.

The site lay derelict for next 17 years. It was used for police riot training and as a location for television and film makers. In 2001 the camp was finally demolished and the site cleared. 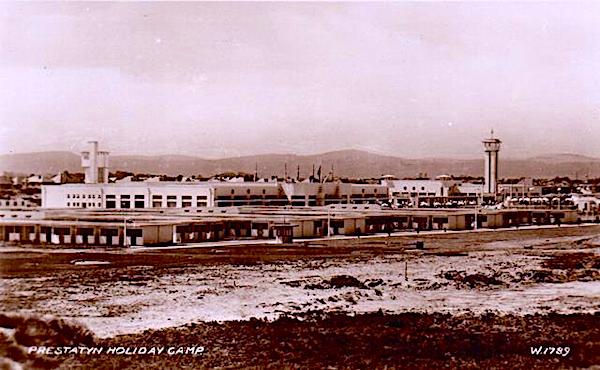