The facsimile (fax) was transmitted for the first time by wireless across the Atlantic Ocean using the Belinograph invented by Eduard Belin.

A written message from the managing editor of the New York Times was scanned by the equipment and sent by radio from Annapolis in the USA to Belin’s laboratories at La Malmaison, France. The image was received within seven minutes and demonstrated that thereafter photographs could be scanned for radio transmission in the same way. The method was already in use within Europe sending photographs by wire but had never been attempted before using wireless. The original document was wrapped on a rotating cylinder and then scanned by a light beam reflected onto a photocell to convert the variations in the received intensity to electrical signals and then forwarded by wireless.

Describing the achievement a commentator at the time wrote: ‘The future of this invention is without limit. The transmission of judicial documents, manuscripts, autographs, or designs and of works of art and photographs will tomorrow know no space. Diplomatic signatures at the foot of peace treaties may be sent by wireless the day they are written. The authenticity of telegrams acquires new guarantees by this transmission. And it should be borne in mind that while the least atmospheric disturbances interrupt transmission by the Morse code, it is not the case with Belinograms. While disturbances may make small points upon the document transmitted, they cannot alter the form or the speed of the sending.’ 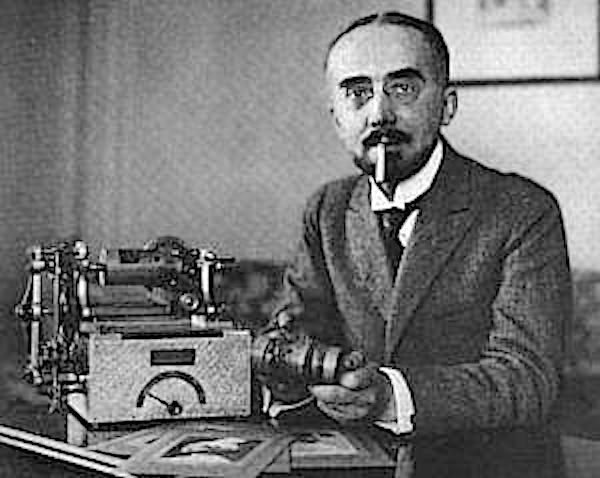