Major-General Anthony J Deane-Drummond CB DSO MC & Bar was born on 23 Jun 1917 and commissioned as a Second Lieutenant in the Royal Corps of Signals on 28 January 1937.

He enjoyed a glittering military career, volunteering for Airborne Service during the War when he was attached to the 11th SAS Battalion. As a Lieutenant, he had taken part in Britain’s first airborne action, Operation Colossus, a raid to destroy an aqueduct in Italy. After achieving their objective almost all of the paratroopers were taken prisoner, Deane-Drummond was amongst them. He made several attempts to escape before successfully making his way to Switzerland, from where he returned to England. For this endeavour Deane-Drummond was awarded the Military Cross.

By 1944, Deane-Drummond had been promoted to Major and was Second-in-Command of the 1st Airborne Divisional Signals and took part in Operation Market Garden. This was the allied attempt to capture a series of bridges in Holland with the intention of flanking the German frontlines, creating a back door into Germany and hopefully shortening the War. Sadly the operation did not go according to plan and the British Airborne Division found itself isolated and surrounded by superior German forces at Arnhem.

The British Airborne Division fought doggedly for nine days before being forced to withdraw on the 26th September 1944 after sustaining heavy losses. During the battle Deane – Drummond was involved in the thick of the fighting and at one point found himself cut off and behind enemy lines.

He Initially evaded capture by hiding in a house occupied by the Germans for three days but after successfully escaping the house and swimming the Rhine, was captured whilst attempting to rejoin his Division. He, along with some 200 other British prisoners , was escorted to a temporary POW shelter in Velp. Not a man to lie back and accept his fate Major Deane-Drummond spotted a large cupboard and immediately hid inside. For no less than eleven days he stood inside this cupboard, rationing himself on a few sips of water until the building was vacated. He eventually made contact with the Dutch Resistance who hid him until 22 October. Together with one-hundred-and-thirty-seven other men in hiding, they crossed the Rhine and rejoined the Allies. For his role in Market Garden, Deane-Drummond was Mentioned in Despatches and awarded a Bar to his Military Cross.

Tony Deane-Drummond continued to serve in the Armed Forces after the War. As a Lieutenant-Colonel he commanded the 22nd SAS in the later stages of the Malaya Emergency. Under his guidance this unit became expert at living deep in the jungle, from where they were able to inflict terrible damage upon the communist guerrillas.

He continued to command the unit until 1960, which included its service in Oman, where their spectacular success at Jebel Akhdar in 1959 resulted in him being awarded the Distinguished Service Order. Under Deane Drummond, the SAS demonstrated their unique capabilities and averted the Army’s plans to disband the unit.

After the SAS, he was promoted to Brigadier, and took over command of 44 Parachute Brigade Group (TA) from his old friend Johnny Frost who had also fought with distinction at Arnhem.

In 1966 he was made Major-General, GOC 3rd Division, whilst also holding the ceremonial post of Colonel Commandant of the Royal Signals from 1966 – 71. He became Assistant Chief of Defence Staff (Operations) from 1968-70, before being made CB and retiring from the Army in 1971. 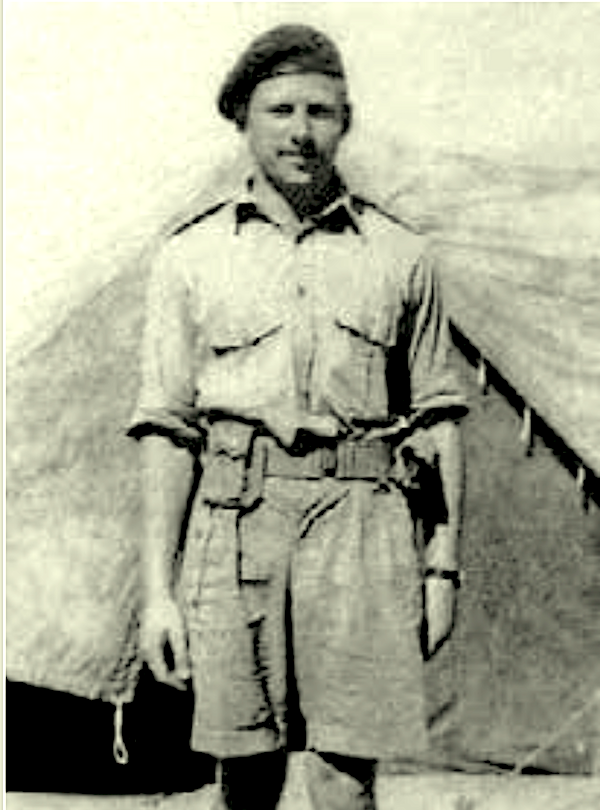 Deane-Drummond’s Mention in Despatches citation reads: After swimming across the Rhine to avoid capture, Major Deane-Drummond walked into some German trenches and was taken prisoner on 22 September 1944. He was marched to a Prisoner of War camp, which was a house at Velp. Here he discovered a cupboard concealed by wallpaper, and on 23 September he locked himself in, remaining there for eleven days. During this time he existed on one-third of a loaf of bread, and a bottle of water. He emerged on 4 October, when all Prisoners of War had been evacuated, and left the house through a window. He was given hospitality in various houses until he joined a party which was evacuated on 22 October.

Videos of Operation Market Garden and the Malaya Emergency