At 1330 hrs on 3 October 1917, during the Battle of Passchendaele, Pigeon 2709 was despatched to take a signal to brigade HQ. The flight should have only taken 20 minutes, but soon after setting off 2709 was hit by enemy fire. The bullet broke a leg and passed out of his body, leaving the small metal message cylinder embedded in his side. It took him a further 21 agonising hours but 2709 completed his mission. The message was delivered at 1030 hrs the next morning, 2 October sadly Pigeon 2709 died shortly afterwards. 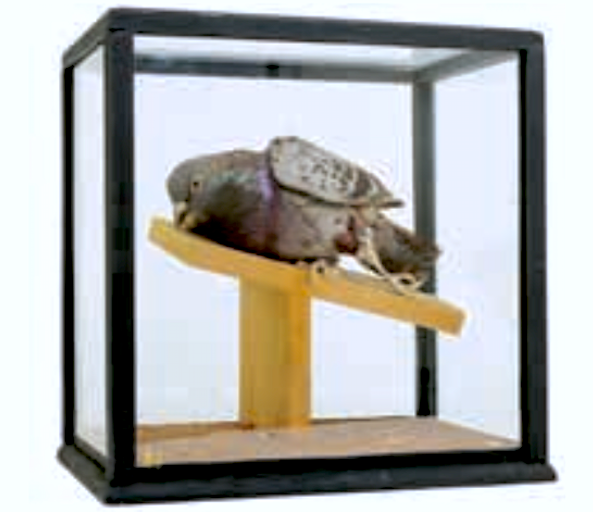