Ravensbrück Camp was primarily an all woman concentration camp, during World War II. Originally intended in 1939, as a work camp by 1942 Siemens had constructed a factory next to the camp, responsible for producing parts for the V1 and V2 rocket programme and rented the women from the SS as labour.

Over time the workload and brutality of the camp increased and the camp contained not only gas chambers and crematoria but also a site for conducting medical experiments on unwilling prisoners. Ravensbrück also served as the primary training facility for all female guards and supervisors for the entire SS concentration camp system in Europe. Some 3500 female guards were employed by the Nazi regime during the war. The female guards were trained in treating the prisoners with a constant barrage of threats, foul language and beatings.

French resistance fighter Germaine Tillion who was captured and incarcerated at the camp recounts in her memoirs the guards training;

“The beginners usually appeared frightened upon first contact with the camp and it took some time to attain the level of cruelty and debauchery of their seniors. Some of us made a rather grim game of measuring the time it took for a new guard to earn her stripes… half the guards took great pleasure striking and terrorising the prisoners. Others dealt their blows with the coarseness and simplicity of a peasant whipping a donkey”

By the end of the war some 130,000 women of a dozen nations and ethnic backgrounds had been transported to Ravensbruck. Before the Soviet Army liberated the camp, in 1945, much of the documentary evidence recording the deaths of thousands of inmates had been destroyed by the camp officials and much of the testimony provided in the ensuing war crimes trials relied heavily on personal rather than documented evidence, provided by former inmates.

After the war a series of seven war crimes trials were held against camp officials from the Ravensbruck camp. The trials were conducted in Hamburg, within the British occupation zone of Germany. These trials were heard before a military tribunal of judges. The defendants included concentration camp personnel of all levels: SS officers, camp doctors, male guards, female guards and a few former prisoner-functionaries who had tortured or mistreated other inmates. In total, 38 defendants were tried in these seven trials. 21 of the defendants were women.

Major General Victor Westropp was appointed President of the very first Ravensbruck Concentration Camp Trial from December 1946 to February 1947. He presided over six members of the court, four British officers, one Polish and one French. Of the initial 16 prisoners in the Dock, he sentenced 11 to hanging and 4 to long imprisonment. One prisoner died during the trial. 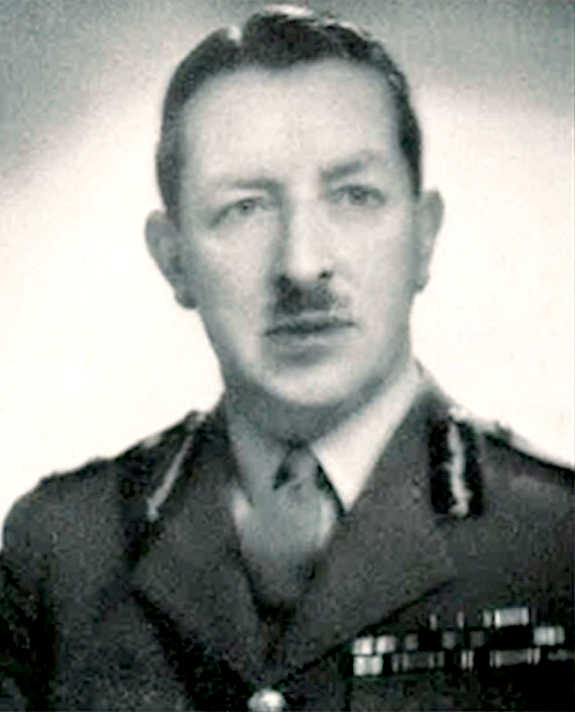 Westropp was born in 1897 and had served in France during the First World War with 7 Corps Signals, Royal Engineers and later, 5th Tank Brigade Signals at the war’s end in 1918. He transferred to the Royal Signals in 1921, and saw service in Egypt, the Punjab and Palestine. His obvious organisational skills saw him quickly promoted to a number of staff posts before the outbreak of World War II. By 1942, he was posted to General Eisenhower’s HQ in Algiers as Deputy Adjutant General (DAG) and then in 1944 as DAG in India under General Auchinleck. After the Ravensbruck trials, he remained in the army until retiring in 1951.