Prague Spring (5th January 1968 to 21 August 1968) was a period of political liberalisation and mass protest in the Czechoslovak Socialist Republic. It ended when the Soviet Union and other Warsaw Pact members invaded the country in an attempt to suppress the reforms.

After succeeding Antonin Novotny, as Czechoslovakia’s new First Secretary, Alexander Dubcek was determined to introduce both political and economic reforms. Dubček’s wanted to  establish ‘socialism with a human face. His liberal reforms – such as the reduction of censorship, freedom of speech, the rehabilitation of political dissidents and the decentralisation of administrative authority – were celebrated nationwide.

Initial reaction within the Communist Bloc was mixed. Hungary was highly supportive of Dubček’s appointment in January, but Leonid Brezhnev and the Russian hardliners were concerned, they feared the reforms might weaken the position of the Soviet Bloc. The Soviet leadership tried to stop or at least limit the changes in Czechoslovakia through a series of negotiations. These talks proved unsatisfactory and so the Soviets began to consider a military alternative.

The Soviet policy of persuading the socialist governments of its satellite states to subordinate their own national interests to those of the Eastern Bloc (through military force if needed) became known as the Brezhnev Doctrine. On the night of 20–21 August, Eastern Bloc armies from four Warsaw Pact countries—the Soviet Union, Bulgaria, Poland and Hungary—invaded Czechoslovakia.

Britain and the United States seriously discussed plans for a military conflict with the Soviet Union, in the wake of the Warsaw Pact invasion of Czechoslovakia. London and Washington believed the NATO alliance could have collapsed if Soviet influence had been allowed to extend further into Europe.

Countering the Russian threat – the role of BAOR

The strength of BAOR for most of the Cold War was about 55,000, supported by strong elements of the RAF 3,000. In the 1950s 1 (BR) Corps included three armoured divisions (equipped with tanks and armoured personnel carriers and one infantry division but in the 1960s this was reduced to three combined divisions. 1 (BR) Corps was responsible for the defence of a 40-mile wide stretch of the Inner German Border (IGB) between Hanover and Kassel extending back from the IGB to the Netherlands. This was deemed to be one of the areas most likely for the Soviets to attack, given the flat rolling countryside and the abundance of roads heading towards the industrial Ruhr.

1 (BR) Corps had the task of breaking up the momentum of any Soviet advance and imposing sufficient delay to allow for a political resolution of the situation. It could use short-range nuclear missiles and nuclear artillery bombardments once political clearance was obtained but such a decision was unlikely to be immediate. It therefore had to be prepared to execute a fighting withdrawal, perhaps the most difficult operation to co-ordinate and execute.
Crash Outs, Quick Train and Active Edge.

Cold War Era 1947-1991 Since 1945 Royal Signals personnel have participated in all conflicts involving the nation. The end of WW2 did not bring universal peace. Mutual distrust between the Soviet Union and the remaining Allies was already apparent in 1945 during...

END_OF_DOCUMENT_TOKEN_TO_BE_REPLACED 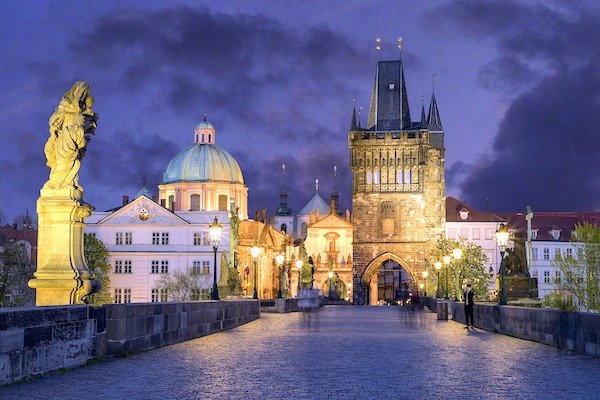 High state of readiness in BAOR

As any attack was likely to be made without warning, 1 (BR) Corps was kept at a state of high readiness. Units had to ensure that they had sufficient numbers of personnel available within Germany at all times to be able to respond quickly to a surprise attack. Call-outs (or crash outs) were a regular occurrence. The 1 (BR) Corps call-out systems was originally named Quick Train, but later it was known as Active Edge. The call-outs entailed being fully loaded and out of the gate within two hours.

In 1968, L/Cpl Allan Duncan was posted to 4th Armoured Division HQ and Signal Regiment. On one Active Edge, the Regiment achieved its target and deployed to a forming up point. When ammunition, rations and spare nuclear, biological and chemical (NBC) equipment were issued it became very clear that this deployment was different. The Division then deployed on electronic silence to south-west of the Harz Mountains, close to the IGB. Excitement grew when the soldiers were eventually briefed that the Soviet 3rd Shock Army had invaded Czechoslovakia and they were to form part of the possible NATO intervention force. 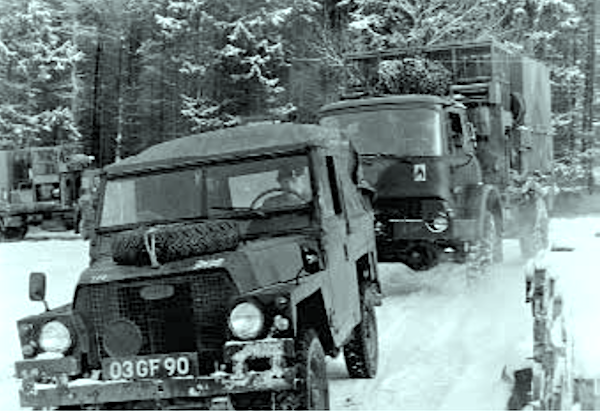