On the 6th April 1917 the US declared war on Germany and entered the First World War.  It was clear from early on in the war, to both British and German Generals, that the entry of the USA would have a huge impact.

In February 1917 the Germans decided to launch unrestricted submarine warfare but, fearing it might provoke US entry into the war, as a contingency they planned to exploit the resentment that the Mexicans felt (with some justification) for the seizure of their territories of California, Texas, Arizona and New Mexico 70 years earlier. A plan was hatched by German foreign secretary Arthur Zimmermann; his idea was that if America entered the war, the Germans would invite Mexico to declare war on America. After the successful outcome of the war the Mexicans would be rewarded with the return of the territories seized by the US.

The plan was sent by telegram to the German Ambassador in the Mexico but intercepted by the British. (At the outset of World War 1  cut Germany’s undersea cables. leaving just one – which was under British control. Messages sent through it could be intercepted and read by British Intelligence code breakers at Room 40 in the Admiralty).

Zimmerman further suggested that the Mexican president invite Japan, nominally an Allied nation but of great strategic concern to the United States, to join the German-Mexican pact.

When the Americans decided to remain neutral, following the start of unrestricted submarine warfare, British Intelligence sent the telegram to the US President who  released it to the press. Its outrageous contents were splashed on the front pages of newspapers nationwide. The US entered the war on 6 April 1917.

It was suggested by some, that the telegram was a forgery to manipulate America into the war. However, on March 29, 1917, Zimmermann gave a speech in the Reichstag confirming the text of the telegram thus putting an end to speculation as to its authenticity. To ensure  their interception of the telegram messages remained secret, British Intelligence created a deception explaining that the message had been stolen in a burglary.

In the early days of the electrical telegraph, undersea cable was laid around the world, providing a global communication network by the 1870’s. The British government anticipating the strategic significance created “The All Red Line” a telegraph cable network throughout the British Empire. Crucially, to ensure security, the undersea cables began and ended in British colonies. 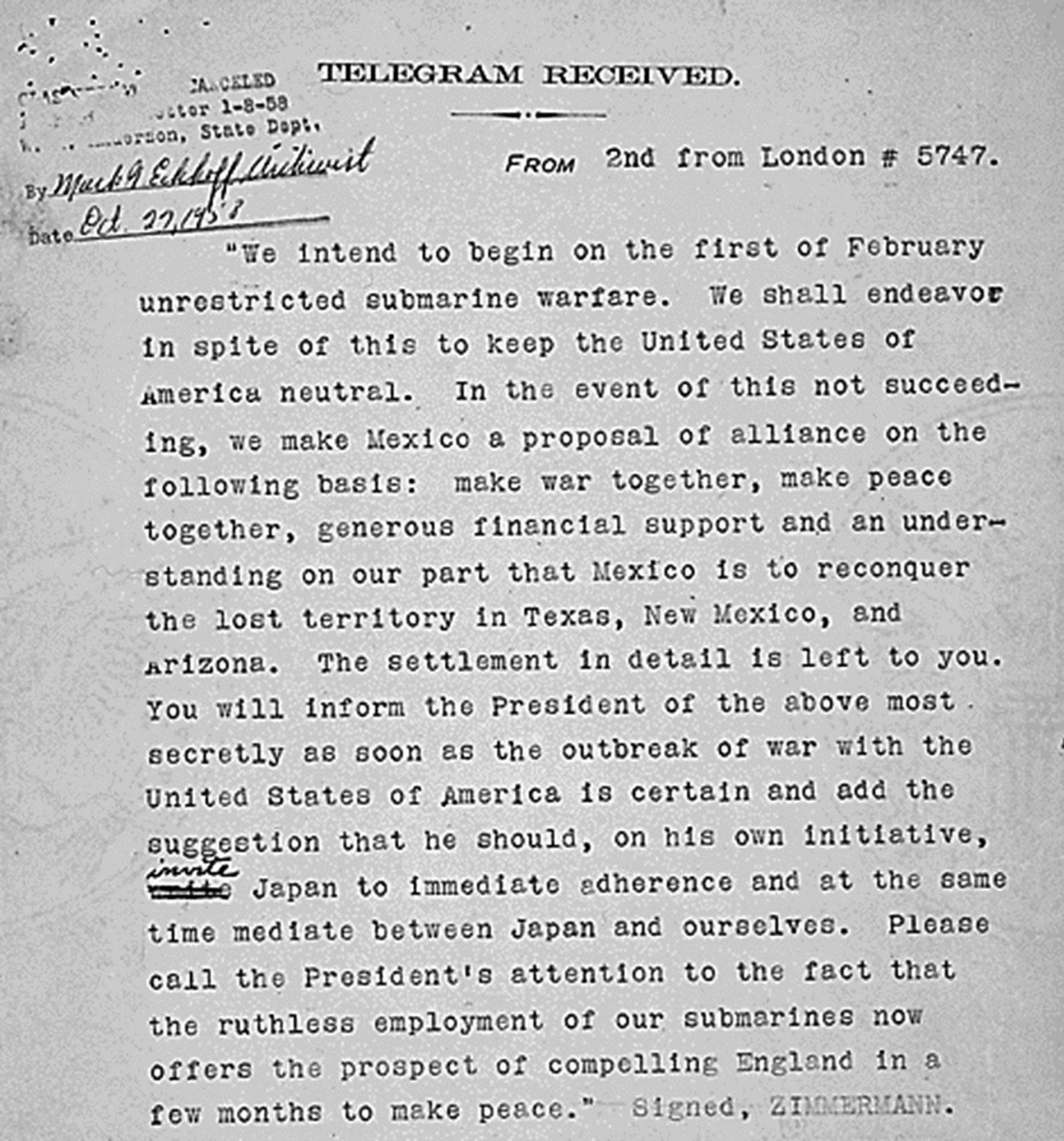