He headed-up the McLeod Committee whose recommendations resulted in many significant changes in the Corps’ organisation, recruitment, training, responsibilities and operations.

Key recommendations and implementations of the report included:

Corps at breaking point but praised by Committee

Worldwide, the pressure on the Corps was growing with signals commitments increasing by 25% between 1950 and 1954. In the early 1950s the Army was some 500,000 strong, with some 200,000 personnel stationed overseas – communications were always needed and with few exceptions Corps units were operational all of the time. Immediately after the war there were also several large equipment development programmes. However, the resources to bring most of these developments into service did not exist and, by 1955, the Army’s signals equipment had become seriously out of date.

The Corps was at breaking point, with resources inadequate for the commitments. Moreover, the long hours of work compared to the rest of the Army caused serious problems in retention. As a result the Army Council initiated an independent inquiry under Major Gen Roderick McLeod, late Royal Artillery, which reported in 1955. It is important to note that, in spite of the pressure it was under, the Corps was praised by the McLeod Committee.for its sense of duty, loyalty and effort at all levels, even though this was often not fully appreciated by the Army as a whole. The Committee also accepted that the lack of new equipment exacerbated the problem.

About the author of the Report

Roderick William McLeod was commissioned into the Royal Artillery in 1925 and from 1930 to 1932, saw service during the Khajuri Plains operations on the north-west frontier of India. After serving as the Commanding Officer of 1st Air Landing Light Regiment Royal Artillery he became Commander of Royal Artillery for the 1st Airborne Division. When the 1st Airborne Division returned to the UK in late 1943, McLeod was promoted to Brigadier and appointed as the first Commander of the newly formed Special Air Service Brigade in January 1944, a post he held until 5 March 1945. Mike Calvert paid tribute to McLeod for his astonishing achievement in welding this force of 2,500 men into an effective organisation and the huge scale of operations undertaken from D Day in north-west Europe.

On 6 March 1945 he took up the post of Director of Military Operations in India, where he remained until 1947.He was appointed Assistant Commandant at the Staff College in 1948 and then Commander Royal Artillery for 7th Armoured Division, which was then part of British Army of the Rhine in 1950. He went on to become Director of Military Operations at the War Office in 1951.

Prior to his appointment as General Officer Commanding 6th Armoured Division in 1955, McLeod was the Chairman of the War Office Committee on Royal Signals Organisation.”
McLeod became Chief Army Instructor at the Imperial Defence College in 1957 and Deputy Chief of Defence Staff at the Ministry of Defence later that year. An appointment as Commander of British Forces in Hong Kong followed in 1960, a post that he held until late 1961.
He was also General Officer Commanding-in-Chief for Eastern Command from 1962. During his time at Eastern Command he chaired a Committee which recommended re-organisation of the logistics services of the British Army, commonly known as the McLeod Reforms, which led to the formation of the Royal Corps of Transport in 1965. 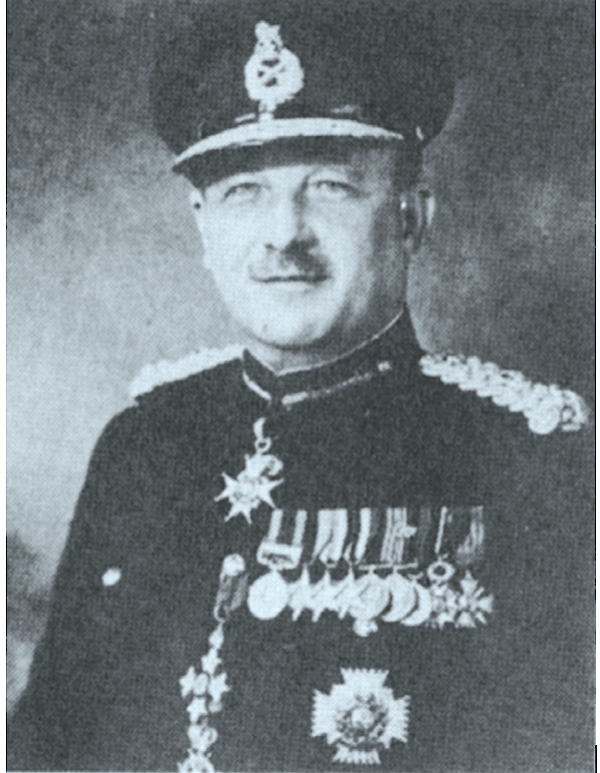