In July 1956, a few weeks after the British withdrawal from the Suez Canal Zone in Egypt, President Nasser nationalised the Suez Canal.

After diplomacy failed, the British and French governments decided to launch a military operation, codenamed Musketeer, to regain control of the canal.

On 29 October 1956, Israel invaded Sinai and 2 days later British and French aircraft began attacking Egyptian military targets. On 5 November, airborne forces parachuted into the outskirts of Port Said to prevent enemy reinforcements reaching the town before the seaborne assault the following day. A detachment of an officer and 19 other ranks from 16th Independent Parachute Brigade Signal Squadron dropped with 3rd Battalion, The Parachute Regiment, to operate forward and rear command, air request and air control team links. In the drop all three of the No. 52 Radio Sets were put out of action and three of the eight batteries for the No. 62 Sets were damaged. Nevertheless, communications with the HQ Ship were established within 20 minutes.

The operation was a military success. At midnight on 6 November, when international pressure led by the USA resulted in a ceasefire, 28 miles of the canal were in Allied hands. However, it was a political disaster, resulting in the resignation of the Prime Minister Anthony Eden and Britain’s international standing was seriously damaged. 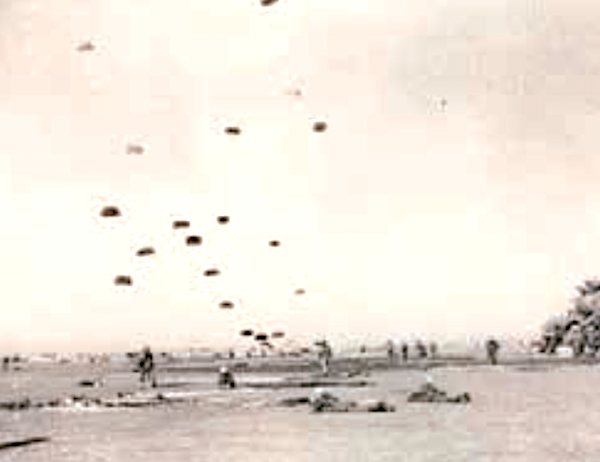