On the 7th April 1972 Maj Tony Fielding, commanding 8th Infantry Brigade HQ and Signal Squadron in Londonderry, heard his brigade commander needed a way to prioritise his response to simultaneous incidents in widely spaced locations. Fielding borrowed a TV camera, a portable SHF TV transmitter, a receiver and TV monitors. He mounted them in a Scout helicopter and in July 1972 successfully demonstrated the ability to transmit live television coverage from a helicopter.

The trials coincided with three explosions and an Orange Order march. The following year Heli Tele, with colour camera and monitors (although it could only transmit black and white), a stable platform and a long focal length zoom lens, was in operation.

The Corps managed and ran the mobile ground station that received the live footage. Heli Tele proved a valuable asset. In July 1981, for example, Heli Tele surveillance of the funeral of PIRA hunger striker Joe McDonnell resulted in the capture of several members of the PIRA firing party including Paddy Adams, the brother of Gerry Adams who was to become the Sinn Fein leader.

Sgt Phil McGiveron was responsible for maintaining Heli Tele for two years in the early 1980s. The system was time- consuming to maintain but worked well. McGiveron found balancing the camera, using weights bolted on around the front of the camera, particularly difficult. This had to be done after every flight and many a night was lost to this activity. Of the three rigs, one was generally spare and two were in use. They were very susceptible to vibration faults.

In 1982 the Heli Tele was fitted to Lynx helicopters. The Lynx equipment was a full-colour system, had better zoom capability and sat in a ball on the outside of the helicopter. The crew were much happier as the antenna was no longer directly below them. The Scout had had a large boom antenna that was lowered below the helicopter when transmitting. There was no warning when it was left down which made the pilots very nervous. Over the campaign the Corps operated an increasingly sophisticated surveillance network monitoring activity in difficult areas and protecting bases. They controlled remotely the cameras on buildings and on the watchtowers constructed in South Armagh. 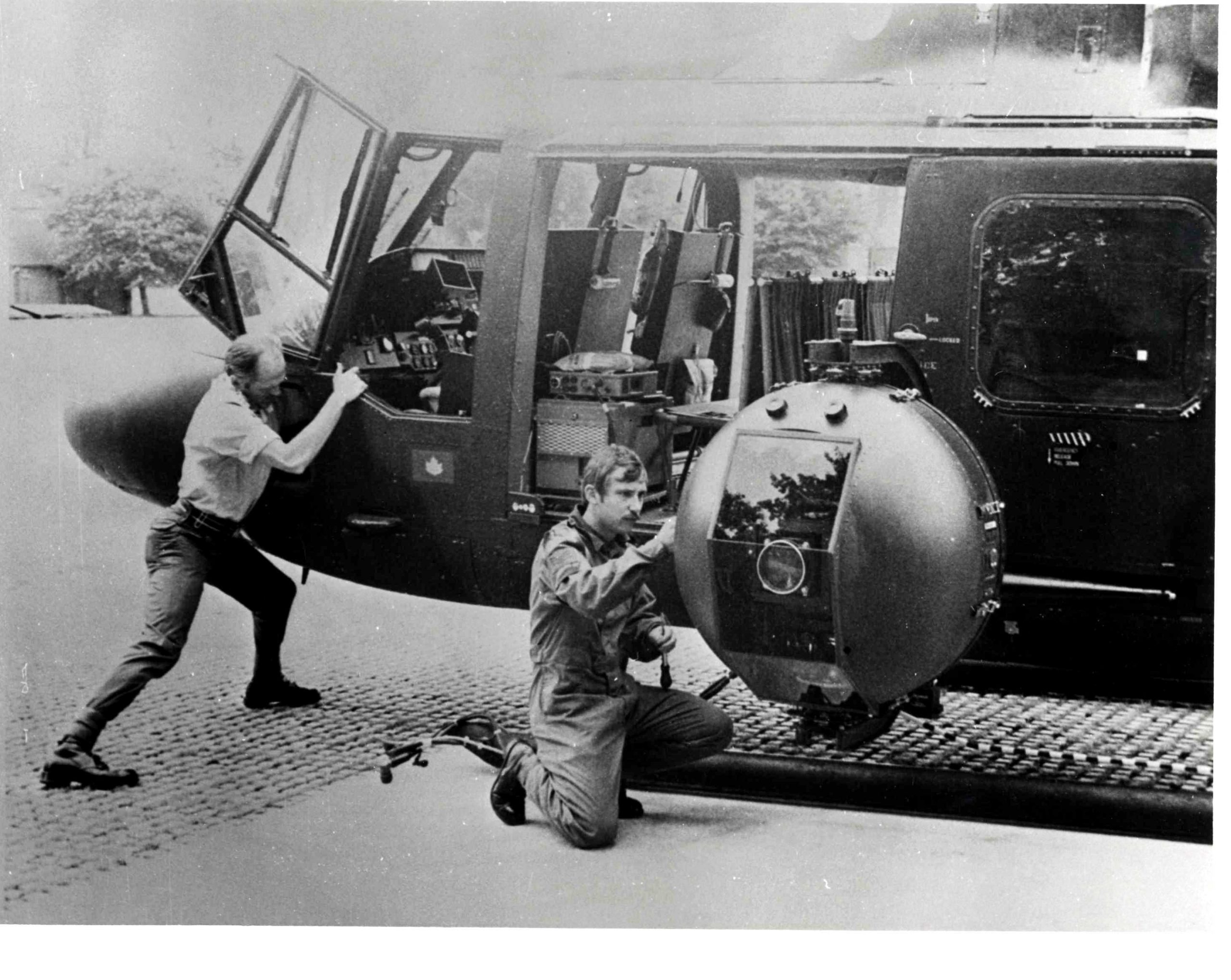 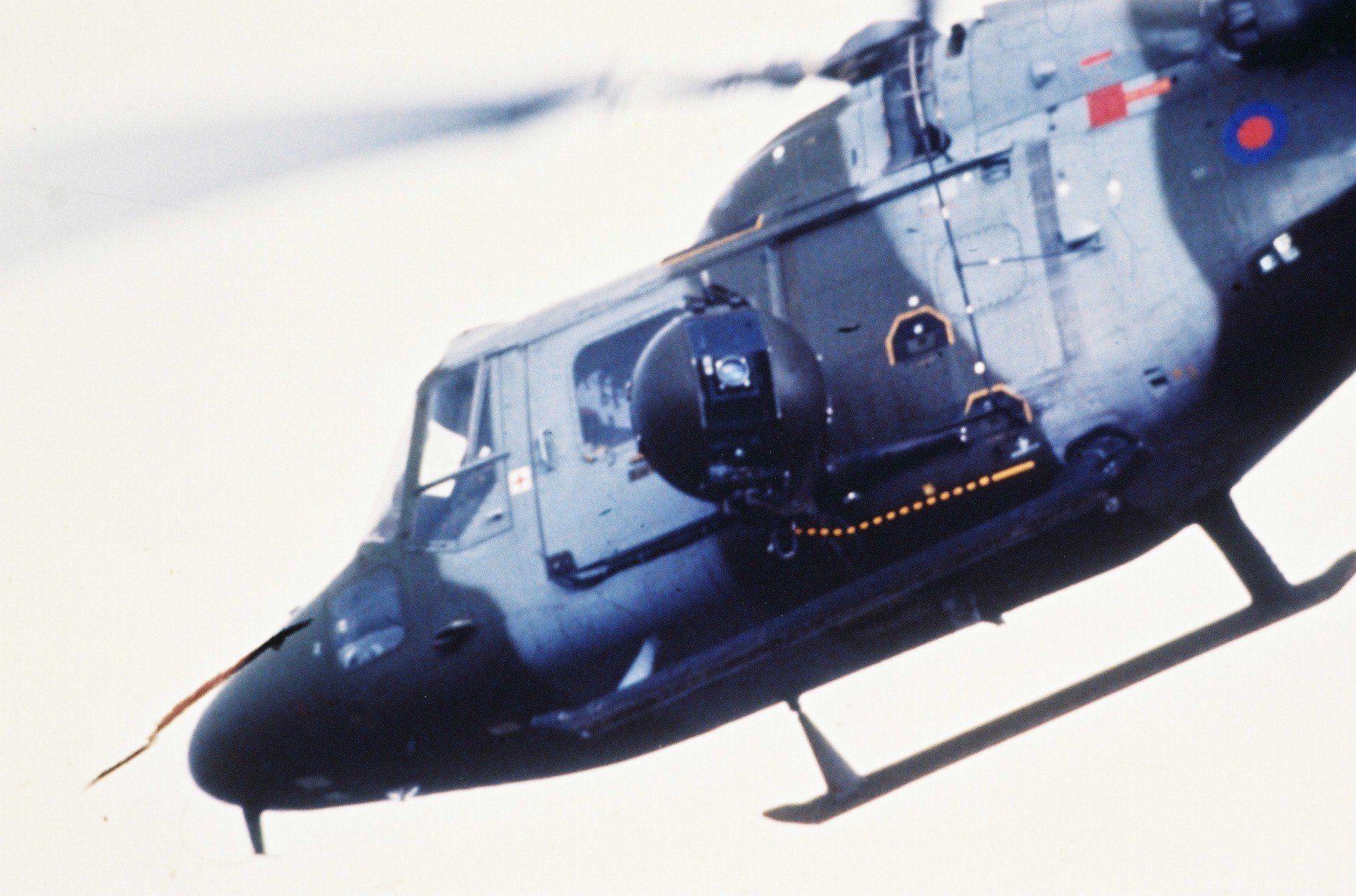 On the 7th April 1927 the first Videophone was demonstrated

On this day in 1927 the first public demonstration of a one-way videophone occurred between Herbert Hoover (then US Secretary of Commerce) in Washington, DC, and officials of the American Telephone & Telegraph Company (AT & T) in New York. This was followed three years later in 1930 by the first public demonstration of a two-way videophone, between AT&T’s Bell Laboratories and its corporate headquarters, both in New York. This two-way system employed early television equipment and a closed circuit

By 1956 Bell Labs had developed a videophone that could be employed over existing telephone circuits. Further studies led to the development in 1963 of the first complete experimental videophone system, known as Picturephone. By 1968 Bell engineers had developed a second-generation Picturephone, which was put into public service in 1971. 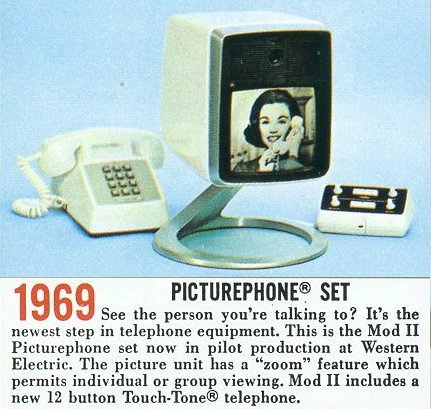