‘Today is the result of many years of research and experimentation. We open a telephonic path of speech between New York and London…. That the people of these great cities will be brought within speaking distance to exchange views and facts as if they were face to face…. No one can foresee the ultimate significance of this latest achievement of science and organisation.’

These first telephone calls came to Rugby Radio Station from London by landline. Once here, they were transmitted to the Houlton Receiving Station in Maine, USA. From there they were carried once again by landline, all the way to New York.

Despite the very high cost and the indifferent quality of sound due to atmospheric interference, transatlantic calls proved enormously popular. Call charges were £15 for the first three minutes (over £600 at today’s prices) and then £5 a minute from there on. The enormous expense did not put people off however and there were long queues when the booking of calls opened at 1.30pm on Wednesday 5th January 1927. The first paid telephone call was from Mr Wright (Regent 6227) of Thexton & Co. Gentleman’s Tailors in London, to Mr Pommer (Murry Hill 7000) of B Altman & Co. Department Store, New York.

The Post Office long-wave wireless station at Hillmorton near Rugby, was brought into service on 1st January 1926. The station used a huge water-cooled transmitter (call sign GBR), dissipating 10kW and using 54 thermionic valves on a wave length of 18,750 metres. Initially, it commenced transmission in Morse code on 16 kHz with an aerial power of 350kW. At the time it was the world’s most powerful radio transmitter using thermionic valves. 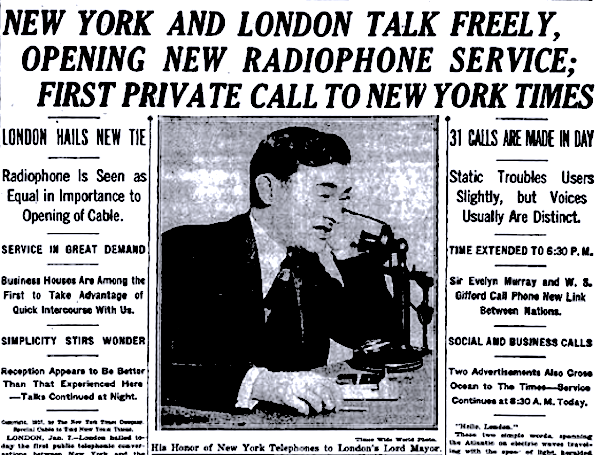 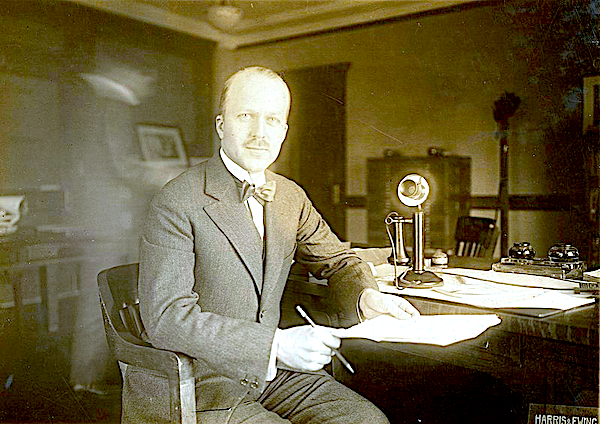