On this day in 1991 Sergeant Dave Bradford of 259 Signal Squadron in Cyprus was on call for military telephone network technical issues and, in the early hours of 8th August was called as the long-range High Frequency (HF) radio on a Hercules had failed. Importantly this failure was jeopardising an important mission – the release of John McCarthy.

The journalist McCarthy had been kidnapped in 1986 and was being held by Islamic Jihad in Lebanon. On 7th August 1991, diplomats travelled to Beirut on a C-130 Hercules aircraft to negotiate McCarthy’s release. The aircraft’s VHF radio was still working to Cyprus and Bradford realised the potential to relay the VHF radio over the phone network. An RAF technician looked into how the radio could interface to a telephone circuit while Bradford worked out how the Integrated Services Digital Exchange (ISDX) switch could be reprogrammed to accept a non-standard phone connection that would auto-dial Whitehall on request. It worked and negotiations for the release of McCarthy were concluded and later that day he flew home on the Hercules. 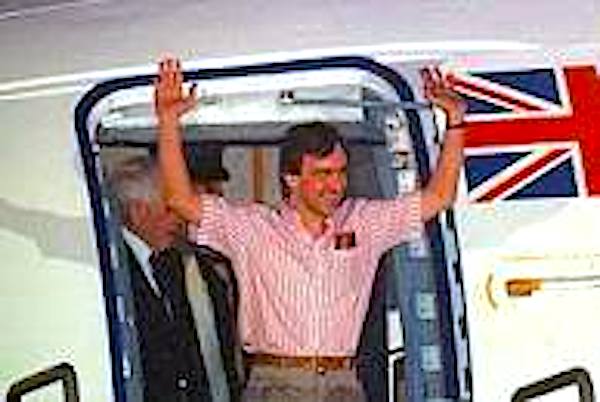