On the OTD 8th December 1941 the Japanese attacked Hong Kong

Commanded by Major-General Christopher Maltby, the British, Canadian, Indian  as well as the local Hong Kong Volunteer Defence Corps resisted the Japanese 21st, 23rd and 38th Divisions but were outnumbered nearly four to one (Japanese, 50,000; Allied, 14,000).

The Commonwealth forces decided against holding the Sham Chun River and instead established three battalions on the Gin Drinkers’ Line across the hills on the mainland. The Japanese 38th Infantry Division quickly forded the Sham Chun River over temporary bridges.

Early on 10 December, the 228th Infantry of the 38th Division attacked the Commonwealth defences at the Shing Mun Redoubt defended by A Company of 2nd Battalion Royal Scots. The line was breached in five hours and later that day the Royal Scots also withdrew from Golden Hill until D company of the Royal Scots counter-attacked and re-captured the hill. By 10:00 the hill was again taken by the Japanese. This made the situation on the New Territories and Kowloon untenable and the evacuation to the main island started on 11 December, under aerial bombardment and artillery fire. By 13 December, the 5/7 Rajputs of the Indian Army, the last Commonwealth troops on the mainland had retreated to Hong Kong Island.

Defence of The Island

Maltby organised the defence of the island, splitting it between an East Brigade and a West Brigade. On 15 December, the Japanese began a bombardment of the island’s North Shore. Two demands for surrender were made on 13 and 17 December. When these were rejected, Japanese forces crossed the harbour on the evening of 18 December and landed on the island’s north-east.

On the morning of 19 December fierce fighting continued on Hong Kong Island with the Japanese capturing the Wong Nai Chung Gap, annihilating the headquarters of West Brigade in the process and effectively splitting the Island in half. A British counter-attack could not force them from this crucial position that secured the passage between the north coast at Causeway Bay and the southern parts of the island.

From 20 December, the British Commonwealth forces were still holding out around the Stanley peninsula and in the west of the island. At the same time, water supplies started to run short as the Japanese captured the island’s reservoirs. On the morning of 25 December, Japanese soldiers entered the British field hospital at St. Stephen’s College and killed a large number of injured soldiers, along with the medical staff.

By the afternoon of 25 December 1941, it was clear that further resistance would be futile and British colonial officials headed by the Governor of Hong Kong, surrendered in person at the Japanese headquarters on the third floor of the Peninsula Hong Kong Hotel. This was the first occasion on which a British Crown Colony had surrendered to an invading force, the garrison had held out for only 17 days. 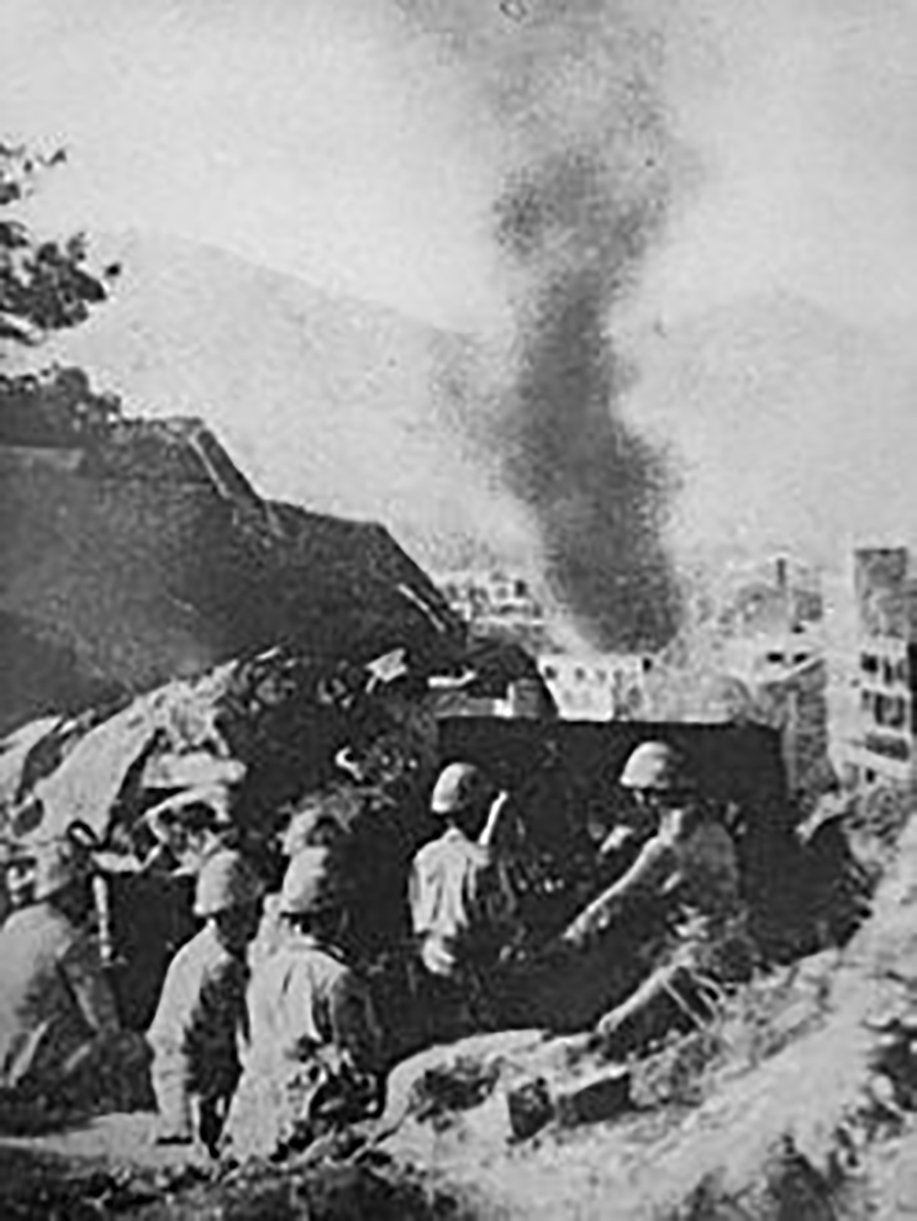 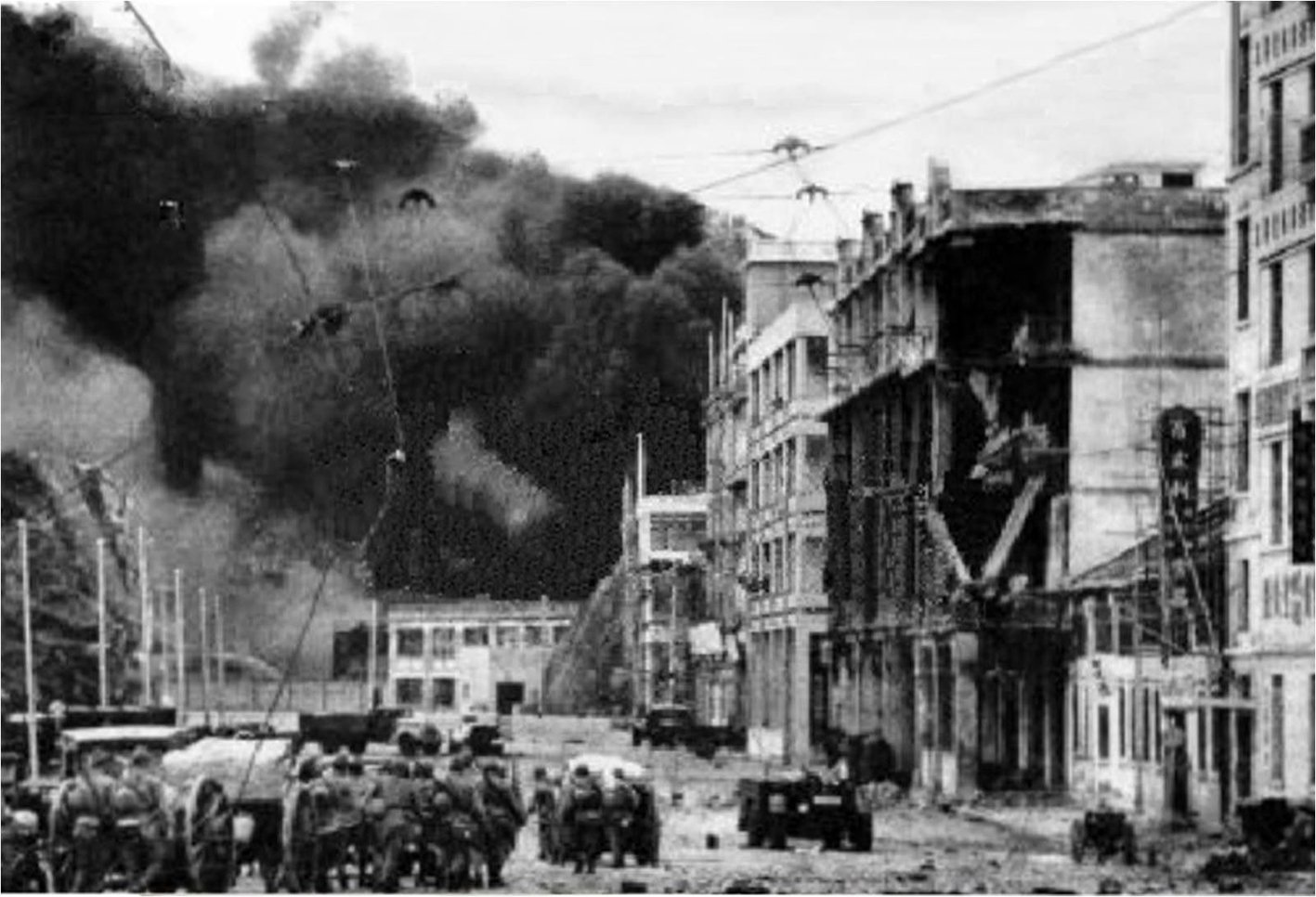 The Hong Kong Signal Company (seven officers, 178 other ranks supported by a 33-man section of the Royal Canadian Corps of Signals), were highly praised for their part in the battle for the colony. Lt Col Eustace Levett was awarded the OBE, Lt Harry Spong the MBE, Sgt Charles Page and Cpl James Stott the MM, while Sig Colin Hodgson was Mentioned in Despatches. However, the Company suffered grievously. By 1945, 93 men, half the Company, were killed in action, died of wounds or died in captivity.

British defeats in the Far East left the Japanese with more than 100,000 POWs. Many were transported to be used as forced labour by train or by the merchant ships that became known as ‘Hell Ships’. Of these, 23 ships were sunk by Allied submarines and aircraft, resulting in the death of over 10,800 Allied POWs, of which nearly 200 were Royal Signals.