On this day in 1941 Franklin D. Roosevelt and Winston Churchill met at Naval Station Argentia, Newfoundland in Canada to create what later became known as The Atlantic Charter. The final draft was signed and released to the world press a few days later.

The joint statement outlined the aims of United States and the United Kingdom for the postwar world as follows: no territorial aggrandisement, no territorial changes made against the wishes of the people (self-determination), restoration of self-government to those deprived of it, reduction of trade restrictions, global cooperation to secure better economic and social conditions for all, freedom from fear and want, freedom of the seas, and abandonment of the use of force, and disarmament of aggressor nations. The adherents to the Atlantic Charter signed the Declaration by United Nations on 1 January 1942, which formed the basis for the modern United Nations.

Providing Inspiration for other agreements

The Atlantic Charter inspired several other international agreements and events that followed the end of the war. The dismantling of the British Empire, the formation of NATO, and the General Agreement on Tariffs and Trade (GATT) all derive from the Atlantic Charter. 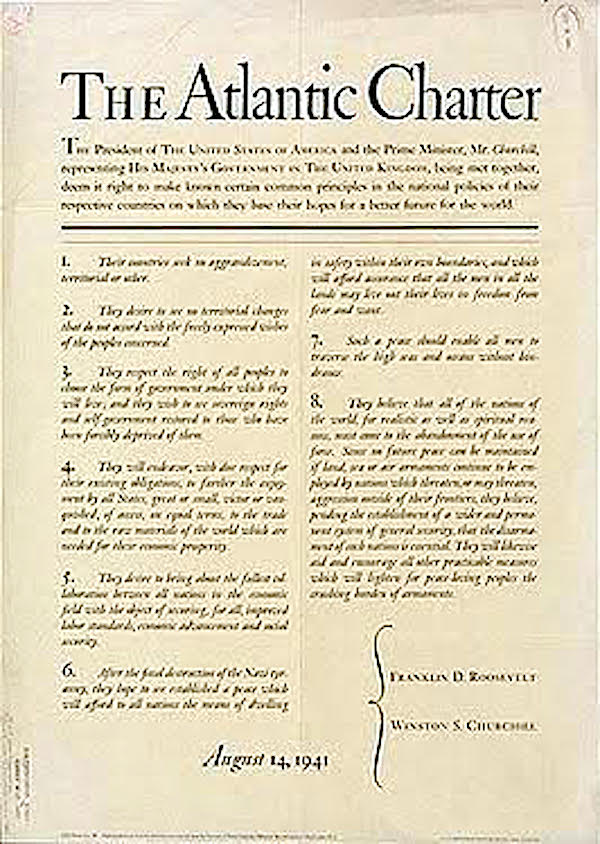