Bassett was the only soldier serving with the New Zealand Expeditionary Force (NZEF) to be awarded the VC in the Gallipoli Campaign of the First World War. Born in Aukland on 3rd January, 1892 he was working as a clerk in National Bank of New Zealand when war broke out in 1914.

A member of New Zealand’s Territorial Force, he volunteered for service abroad with NZEF and was posted to the New Zealand Divisional Signal Company as a sapper. He sailed with the New Zealand Expeditionary Force in late 1914. After training in Egypt he saw action on the opening day of the Gallipoli Campaign on 25th April 1915 and was later promoted to Corporal.

Bassett played an important role in the Sari Bair offensive in early August, including the ferocious battle for Chunuk Bair. On many occasions, in broad daylight and under heavy enemy fire, he was required to lay and repair telephone wires from the Apex up to Lieutenant-Colonel William Malone’s headquarters just below the summit of Chunuk Bair, which was about 500 metres away. It was here that Bassett was to win the Victoria Cross.

Medically evacuated due to sickness shortly after the battle, he was invalided first to Malta, then England. In June 1916, Bassett rejoined his unit, by then on the Western Front in France as part of the New Zealand Division and participated in the Battle of the Somme.

After being commissioned in 1917 he was wounded during the German Spring Offensive in March 1918 when an artillery barrage destroyed the headquarters of the New Zealand Rifle Brigade at Colincamps, where he was the signals officer. The same barrage killed the brigade’s commander, Brigadier-General Harry Fulton. On extracting himself from the rubble of the headquarters, Bassett immediately set about re-establishing communications for which he was recommended for, but was not awarded, the Military Cross. At the end the war he was a 2nd Lieutenant.

After the war Bassett returned to the banking profession but was recalled to active duty during the Second World War. He served on the Home Front and by the time he was taken off active duty in December 1943 he had been promoted to the rank of lieutenant colonel and was commander of signals in the Northern Military District, New Zealand.

Bassett remains the only New Zealand signaller to have been awarded the VC and was a lifetime member of the Corps of Signals Association. In recognition of Bassett’s rank at the time of his award, the Bassett Memorial Trophy is awarded annually to the most outstanding corporal in the RNZSigs. The trophy is a statue of Bassett on Chunuk Bair.

For most conspicuous bravery and devotion to duty on Chunuk Bair ridge in the Gallipoli Peninsula on 7th August 1915. Corporal Bassett, under a continuous and heavy fire, succeeded in laying a telephone line from the old position to the new on Chunuk Bair. He has subsequently been brought to notice for further excellent and most gallant work connected with the repair of telephone lines by day and night under heavy fire.

In his own words

‘We had to make short, sharp dashes under enemy fire – mostly rifle fire from snipers. It was pretty tough, and on the first day I got one through my tunic collar, another through my pocket. Both my bare knees were just grazed, and a spent bullet lodged in my boot. So I reckon there must be some guardian angel looking after me, especially as one man was shot dead in front of me and another wounded just behind.’

‘I followed our line all the way to a point where I could see some shelling, and happened to come across three breaks in the line. Two of them were very close together and the other was twelve feet away. I had no trouble mending the first two breaks but the other was causing me a lot of trouble. It was in the open and I thought to myself that if I had to go out there I was going to be sniped.’ 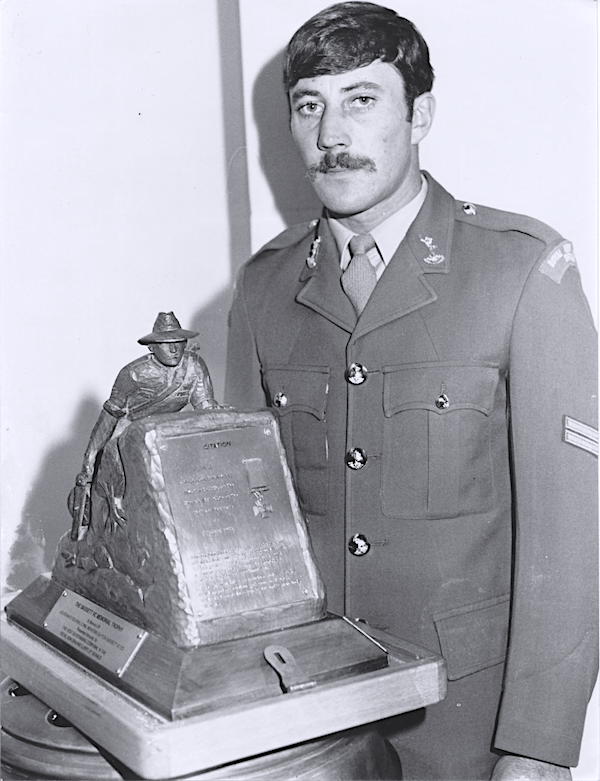 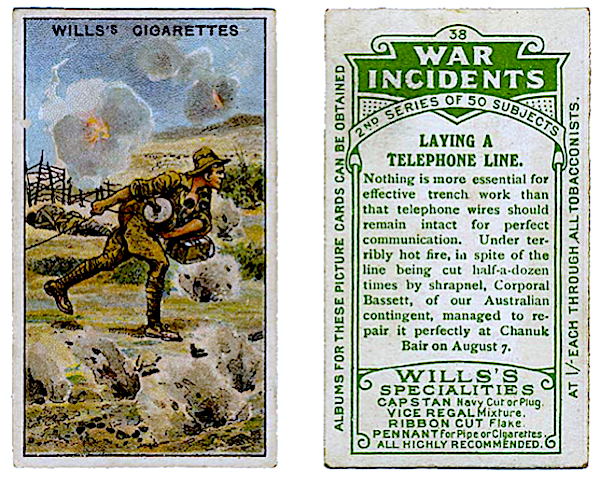 Above: Cigarette card of Gallipoli signals work at battle of Chunuk Bair. Image available in the public domain via Department of Veterans’ Affairs, Commonwealth of Australia.

Below
The Victoria Cross (VC) 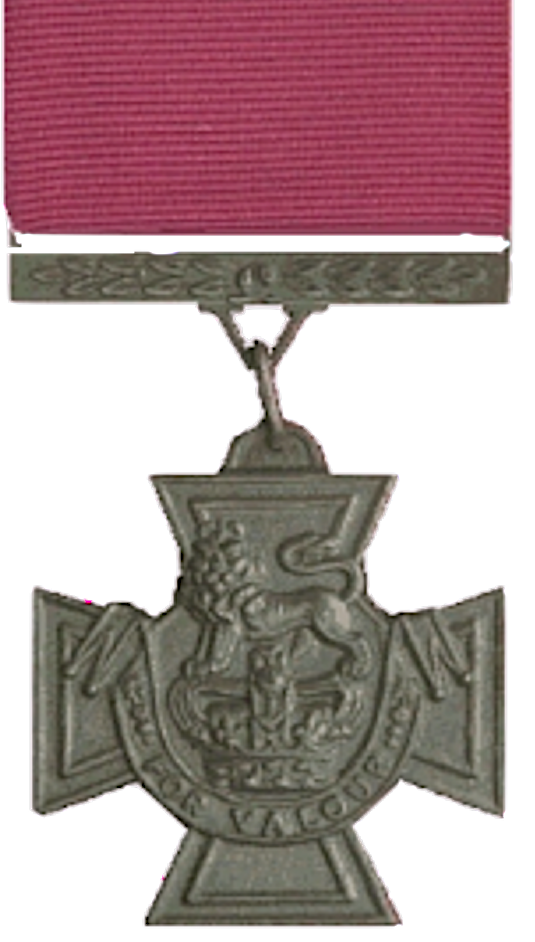 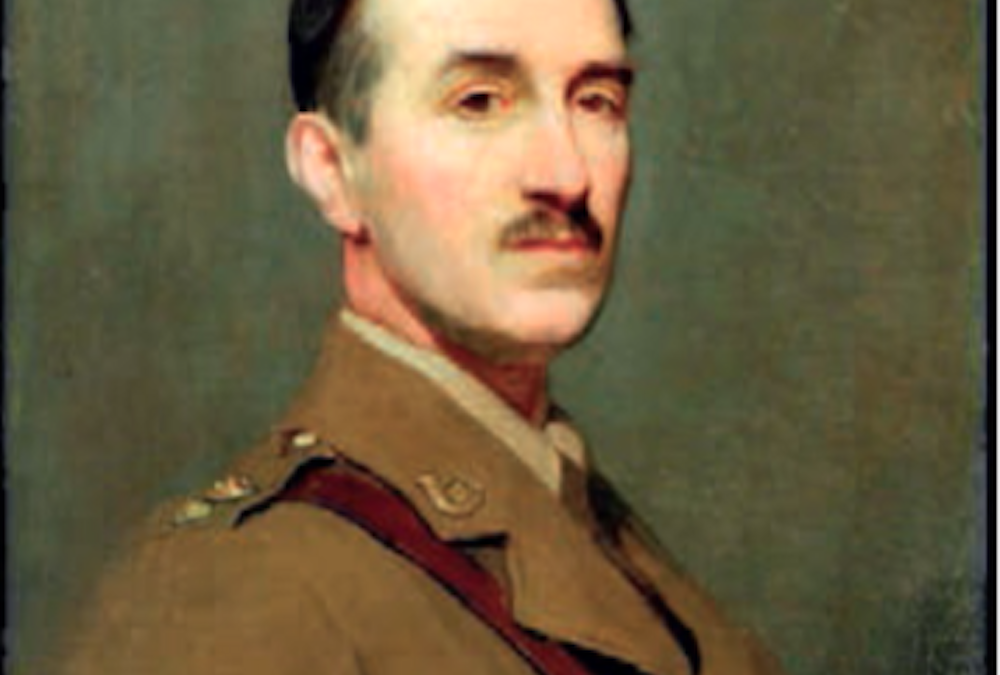 On this day 28th March

END_OF_DOCUMENT_TOKEN_TO_BE_REPLACED 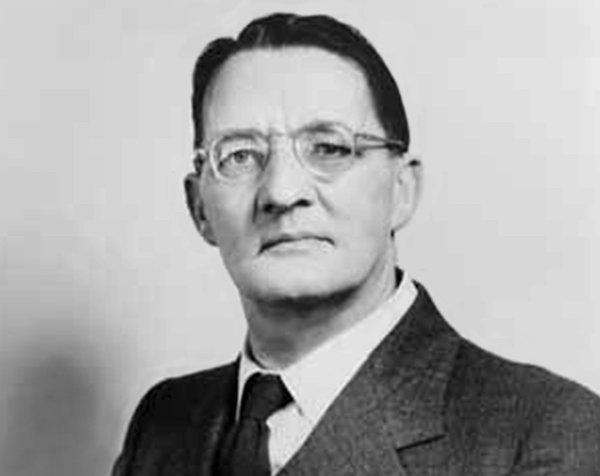 On this day 11th April

On this day in 1917 during an offensive at Monchy-le-Preux on the Western Front valiant actions by Lance Corporal Harold Mugford VC, Essex Yeomanry would later result in Mugford being awarded the VC…

END_OF_DOCUMENT_TOKEN_TO_BE_REPLACED 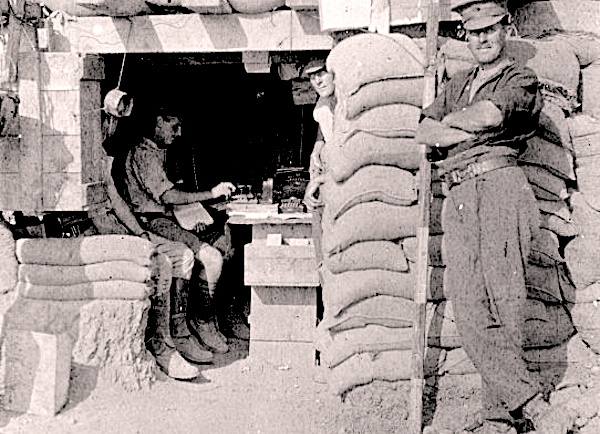 On this day 8th January

On the 8th January 1916 the Allies completed the evacuation of the Gallipoli peninsula from Cape Helles. 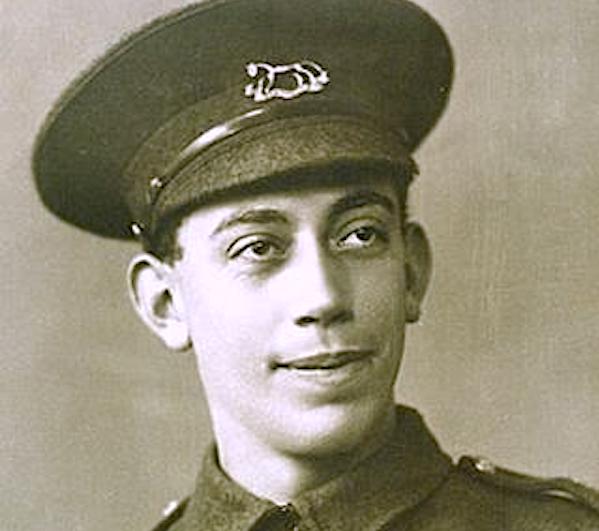 On this day 21st August

On the 21st August 1915 Private Potts was wounded in the attack on Scimitar Hill in Gallipoli.
Potts although wounded remained for over 48 hours under the Turkish trenches…