The Channel Islands had been occupied by the German Army in June 1940. Considered strategically unimportant by the British government the islands were demilitarised and some of the civilian population was given the opportunity to evacuate to England before the German forces arrived.

Plans for the liberation of the Islands had been made as early as 1943 but apart from undertaking a few commando raids, the islands were mostly ignored by the British government until June 1944 when additional attacks on German shipping and radar units took place.

In 1944 Task Force 135 under the command of Brigadier A E Snow was assembled around the nucleus of 115 Infantry Brigade. When it became apparent that the Islands were not to be defended by the Germans occupation forces, 115 Infantry Brigade was redeployed to mainland Europe as a Lines of Communications Brigade.

In May 1945 Task force 135 embarked on Operation Nestegg to liberate the Islands. The Task Force consisted of 6,000 Army and Naval personnel including several Royal Signals sections.

It appears that the first place to be liberated in Jersey may have been the British General Post Office Jersey repeater station. Mr Warder, a GPO lineman, had been stranded in the island for the duration the occupation. He did not wait for the island to be liberated and went to the repeater station where he informed the German officer in charge that he was taking over the building on behalf of the British Post Office.

Regiment granted Freedom of the Island

30th Signal Regiment has a long association with the Channel Island of Alderney and has periodically carried out various Military Aid to the Civil Community tasks over the years. The Regiment has had the honour of being granted the Freedom of the Island. 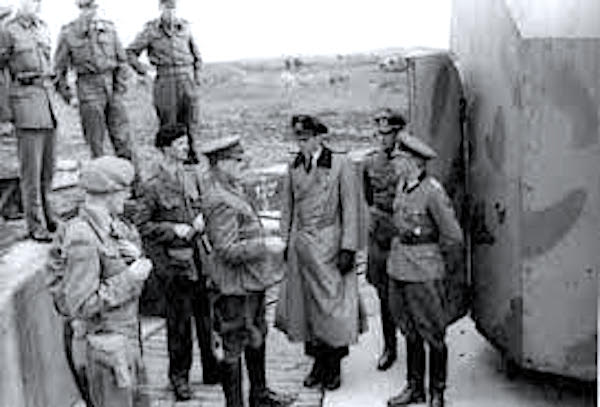 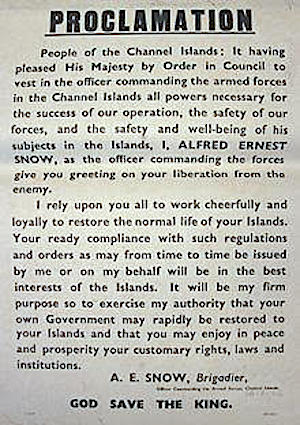