On the 9th November 1989 the Berlin Wall fell

The fall of the Berlin Wall began on the evening of the 9th November when crowds flocked there. Five days earlier more than half a million people had gathered in East Berlin to protest en-masse. The demonstrations resulted in the East German government announcing that it would open all of its borders and checkpoints.

The measures to appease demonstrators were not intended to be immediate – nor so far reaching – but a bureaucratic error led to the announcement that all borders would open immediately. Following this people took matters into their own hands, breaking through the wall with whatever implements they had. To the cheers of the crowd these Mauerspechte (or Wall peckers as they were known) went to work on the unofficial opening and demolition of the wall.

At the end of the Second World War Germany was divided into four zones of occupation – one each under the control of the United States, Britain, France and the Soviet Union. Berlin,  located within the Soviet zone, was split amongst the four powers. The American, British and French sectors would form West Berlin, the Soviet sector became East Berlin.

By 1945, the United States and the Soviet Union had begun to emerge as ideologically opposed ‘superpowers’ each wanting to exert their influence in the post-war world. Germany became a focus of Cold War politics and, as divisions between East and West became more pronounced, so did the division of Germany.

The FRD and GDR

In 1949, Germany formally split into two independent nations: the Federal Republic of Germany (FDR or West Germany)  –  allied to the Western democracies, and the German Democratic Republic (GDR or East Germany) which was allied to the Soviet Union.

In 1952 the East German government closed the border with West Germany but the border between East and West Berlin remained open. This allowed East Germans to escape through the city to the less oppressive and more affluent West. The outpouring represented a great loss of prestige for the East German regime so, to stem the flow of refugees from East to West, the Berlin wall was erected on 12th August 1961.

The Wall was actually two walls. Measuring 96 miles long and 13 feet tall these walls were separated by a heavily guarded, mined corridor of land known as the ‘death strip’. It was under the constant surveillance of armed East German border guards who were authorised to shoot anyone attempting to escape into West Berlin.

When Mikhail Gorbachev became the Soviet leader in 1985, he introduced a reform policy of “glasnost” (openness) and “perestroika” (restructuring) throughout the Soviet Union and Eastern Europe. This in turn set in motion a chain of events which brought about the eventual collapse of the Iron Curtain and Soviet control of Eastern Europe. 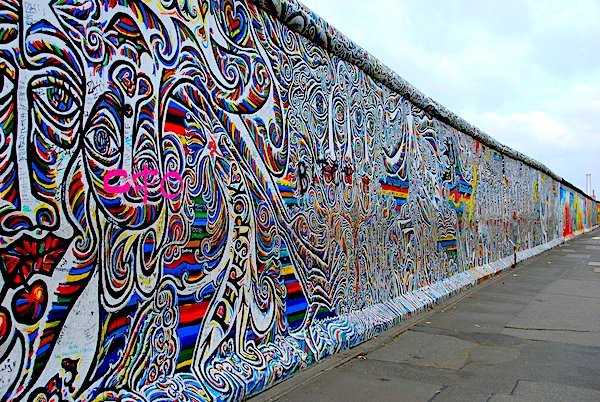 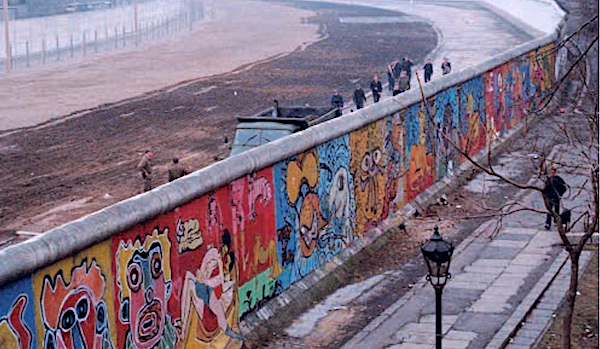