On the 9th July 1941 British cryptologists broke the secret code used by the German army to direct ground-to-air operations on the Russian Eastern front.

The Poles had already broken Enigma and in 1939 told the British of their success. Enigma was the Germans’ most sophisticated coding machine necessary to encode and transmit operationally vital information.

The Enigma machine had been invented in 1919 by Hugo Koch a Dutchman and had been originally intended for business purposes. The Germany army adapted the machine for wartime use and considered its encoding system unbreakable. They were wrong! The first Enigma code had been broken as early as the German invasion of Poland in 1939 and virtually every message sent during the occupation of Holland and France had been intercepted. Dilly Knox, one of the former British World War One code breakers, then set up an Enigma Research Section, comprising of himself and Tony Kendrick, later joined by Alan Turing, Bill Tutte, Peter Twinn, Gordon Welchman and many others. They worked in the stable yard at Bletchley Park and that is where the first wartime Enigma messages were broken in January 1940.

Enigma traffic continued to be broken routinely at Bletchley Park for the remainder of the war. The intelligence obtained at Bletchley Park proved invaluable to the war effort and was given the code name ‘Ultra’. 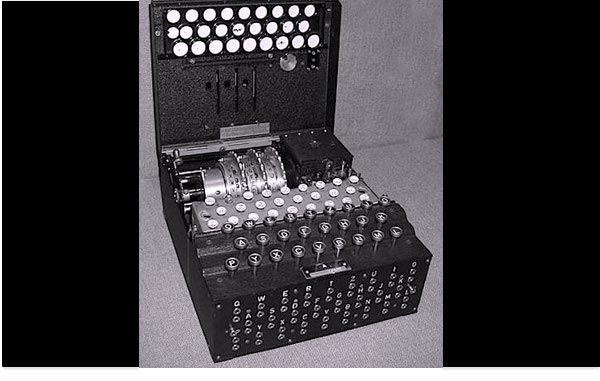