The Museum Archive contains many fascinating personal stories of signallers throughout the ages. Memorabilia and items are often donated to the Archive by an individual who served in the Royal Corps of Signals or perhaps later by family members who seek to ensure that such unique items – which form a vital part of the Nation’s heritage – are given a safe home.

Mark Makin served in the Royal Signals during World War Two training initially as an Operator Wireless and Line reaching the rank of Lance Corporal. However his other talent as an exceptional vocalist was soon recognised and he spent the war years performing as a tenor and touring with the Band of the Royal Corps of Signals. The Royal Signals Band toured the country and liberated Europe between 1941 and the end of hostilities in 1945 giving morale boosting concerts to military and civilian audiences in a variety of locations and in BBC studios for broadcast at Home and to forces overseas. Following the invasion of Europe in June 1944 the Band toured Northern Europe bringing some welcome entertainment to war weary servicemen and civilians alike. During his service he acquired a collection of memorabilia consisting of programmes, newspaper cuttings, photographs and letters relating to the activities of the Band during the War which he placed in an album providing a unique record of the Royal Signals Band in wartime. We are proud to display here a sample of the contents of Lance Corporal Makin’s album. The complete album is held in the Royal Signals Museum Archive and can be viewed by prior arrange

We have an extensive archive. Research material includes a wide range of documents and photographs, archive sound and film material. Historians, Researchers and even family members can, by prior arrangement, be given access to the Archive to explore the experiences of Royal Signals officers and soldiers over the years, the equipment they used and the operations in which they took part. 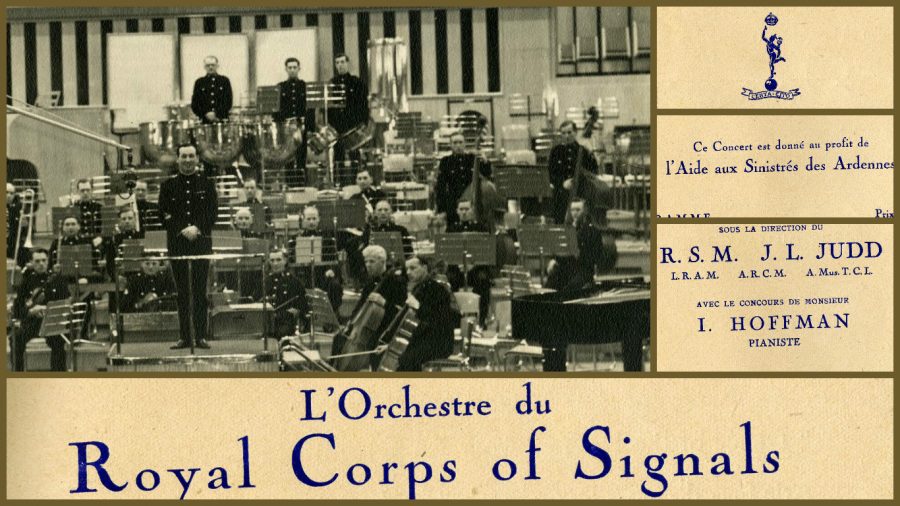